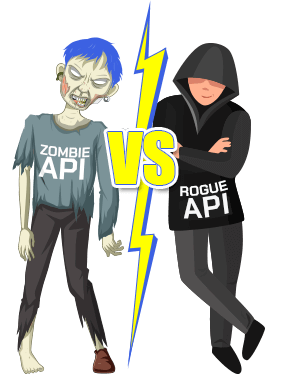 While both types of APIs can cause security and other problems, rogue APIs are particularly dangerous because they can be exploited by malicious abusers to steal data or gain access to an organization’s systems. They need to be sure to keep track of all of the APIs that are in use in order to identify and mitigate the risks posed by rogue and zombie APIs.

What is a rogue API?

What is a zombie API?

There are many different types of zombie APIs, but they all share one common trait: they are no longer maintained or supported by the original provider. As a result, these APIs are often unreliable, outdated, and difficult to use.

Some examples of zombie APIs include the following:

Which is more dangerous, rogue or zombie API?

How can rogue APIs be exploited?

Rogue APIs can be exploited in many ways. They can be used to access sensitive data or to perform actions that the company does not want to allow. They can also be used to cause denial of service attacks or to fraudulently charge customers.

Another way to exploit rogue APIs is to find an API that is publicly documented but does not have proper security measures in place. For example, the API might not require authentication, or the API might not properly check for valid input. By taking advantage of these flaws, you might be able to get your hands on important data or do things that aren’t supposed to be done.

Companies need to be aware of the risk of rogue APIs and take steps to protect their data. They should consider using API management solutions that can help to prevent the creation of rogue APIs. They should also keep an eye on their APIs for suspicious activity and take action if they think an unauthorized API is being used. This is what they should do.

How can zombie APIs be exploited?

Zombie APIs are those that are authorized by an organization but are not being properly managed or monitored. They may be working correctly, but they have not been updated or maintained and may contain vulnerabilities that could be exploited. As a result, they can be used by hackers to gain access to an organization’s systems.

A zombie API is an API that has been left unsecured and open to attack. There are a number of ways in which a zombie API can be exploited, and these can have serious consequences for the organization that owns the API.

One of the most common ways in which a zombie API can be exploited is through a malicious user impersonating another user. This can be done by stealing the user’s credentials or by using a bot to auto-fill the login form on the API. Once the attacker has access to the victim’s account, they can do anything that the user can do, including access sensitive data, make changes to the account, and even delete the account altogether.

Another common way to exploit a zombie API is through injection attacks. This is where the attacker attempts to inject malicious code into the API in order to execute it on the server. This can be done via a number of methods, including SQL injection and cross-site scripting (XSS). Injection attacks can be used to take over the API, access sensitive data, and even launch attacks on other systems that the API has access to.

One of the most serious ways in which a zombie API can be exploited is by using it to carry out distributed denial of service (DDoS) attacks. A DDoS attack is where the attacker attempts to overload the server with traffic in order to take it down. This can be done by making a large number of requests to the API, or by using a botnet to generate the traffic. DDoS attacks can cause a lot of problems, and they can even cause the loss of important data, so be careful.

Zombie APIs are a great way to collect data on users and their behavior. They can also be used to inject malicious code into websites or applications.

Organizations that own zombie APIs need to be aware of the risks they face and take steps to secure their API. This includes implementing authentication and authorization controls, implementing input validation, and ensuring that the API is kept up-to-date with the latest security patches.

There is no definitive answer to which is more dangerous, rogue or zombie API. It depends on the specific situation and how the API is being used. A rogue API may be used to access sensitive data or functions that should not be accessible to unauthorized users. This can lead to security breaches and data loss. A zombie API may not pose a security risk, but it can cause problems if it is used to access data or functions that are no longer available. This can lead to errors and unexpected results.

There are many good mitigation solutions, one of them is BLST security that can help you find Zombie APIs by scanning for vulnerabilities and potential malicious behavior. Additionally, BLST can help to identify and monitor API interactions in order to protect against unauthorized access and tampering. 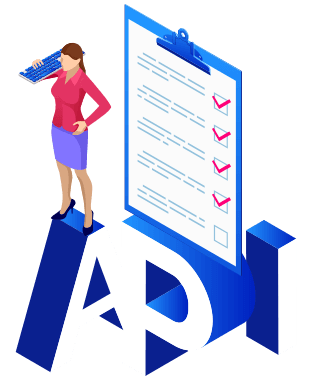 API penetration testing checklist is important because it helps ensure that all aspects of a web application are tested for security vulnerabilities. 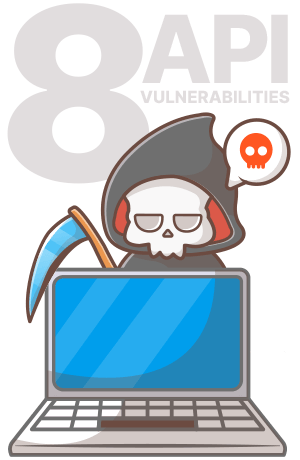 Learn about 8 Common API 8 Common API Vulnerabilities with examples and a short method of prevention of these Security flaws. 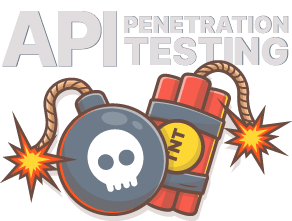 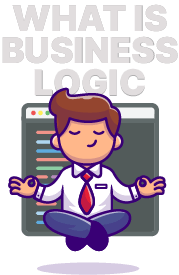 What is Business Logic?